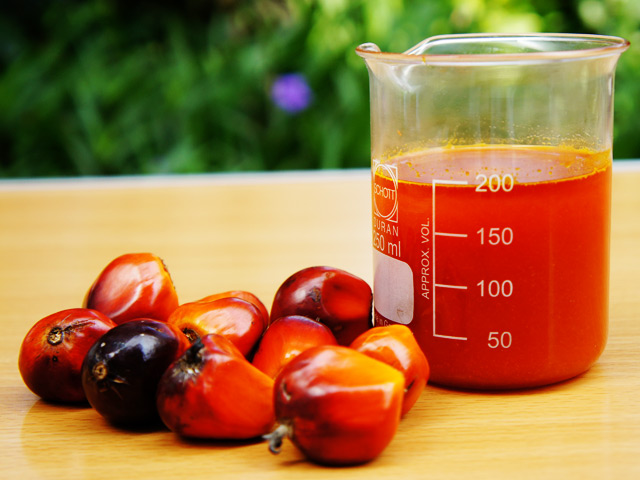 Not only in power plants with solid fuels such as steam power plants that use coal as the fuel gradually use renewable energy in the form of biomass such as wood pellet to reduce the CO2 in atmospheric, but also has penetrated into liquid-fueled power plant . Some of these power plants use biodiesel, and even with its fuel-flexibility technology, plant oils can be used directly like CPO (crude palm oil). Provider of such machinery or power plant equipment such as Wärtsilä and MAN. Although overall the portion or percentage of fuel or renewable energy has not been large but has gradually entered the various lines due primarily to the driving force of environmental problems, climate change and sustainability. The issue of sustainability has received great attention for now.

Indonesia as the world's largest CPO producer, has a strategic role as a supplier of such fuel as well as making power plants with CPO fuel. A number of countries have used CPO as fuel for the plant because it is supported by the government's policy in the form of various incentives. In addition to CPO  basically almost all vegetable oils can be used as fuel for power plant with the fuel flexibility technology.

Juni 03, 2018
References are needed to make something no less quality or even better, as well as for a wood pellet production facility. Indonesia with extensive land available,fertile and tropical climate needs to get complete and qualified reference especially on wood pellet production so that they can optimize its potency. Diversification of energy is also desperately needed by Indonesia so that it has strong resilience and energy sovereignty, especially with its current condition which has become a net importer of petroleum, even projected in the range of approximately 10 years future Indonesia's oil will be exhausted. The following description of the 5 largest wood pellet plant today can be used as a reference.
1.Enviva
Enviva was established in 2004, currently Enviva operates 7 wood pellet plants with total production of more than 3 million tons / year. Some of its wood pellet production is exported to the UK and Europe. A number of ports are used For shipment or export of wood pellet, ie po…
2 komentar
Baca selengkapnya

Januari 25, 2014
Greenhouse gases from burning fossilfuels have caused the Earth's temperature to rise. Increasing the temperature of the earth or global warming causing numerous disasters due to climate change in a number of places on earth. When greenhouse gases not controlled then the result of damage to the environment of the earth will be more severe. Therefore, efforts were made to reduce greenhouse gases as the cause of environmental problems. In general, there are four common scenarios to prevent the global warming effect of CO2 in the atmosphere gradually, namely: 1.increasing the efficiency so the fossil fuel consumption decreases, 2.mix of renewable fuels with fossil fuels so that fossil fuel consumption has also decreased, 3.substitution of fossil fuels with renewable fuels 4.and the absorption of CO2 in the atmosphere so that the concentration of greenhouse gases can be reduced. Here are some basic terms related to the above problems. Based on the origin and the effect that CO2 in the atmo…
4 komentar
Baca selengkapnya